We collect your information when you visit this site. For more information, view our privacy page. 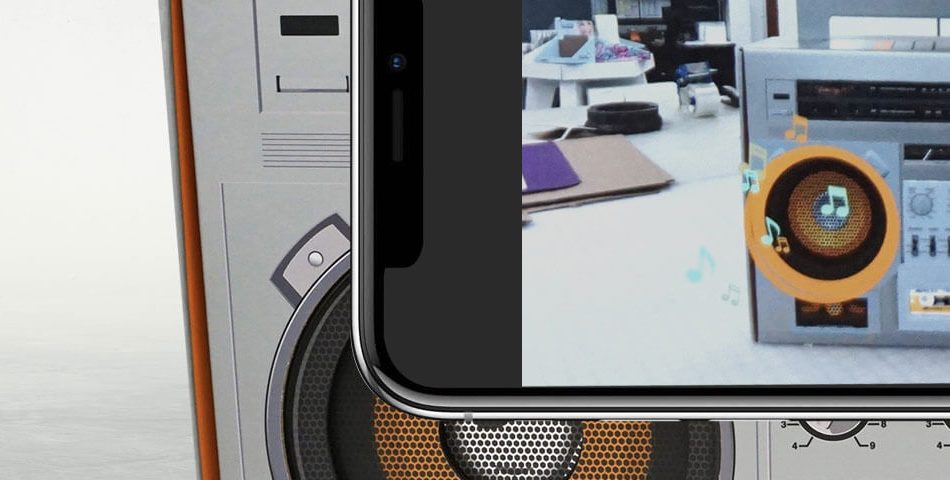 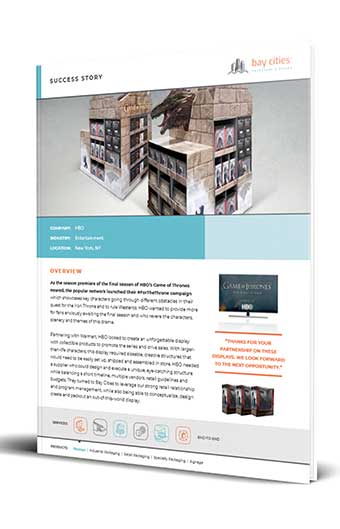 As the season premiere of the final season of HBO’s Game of Thrones neared, the popular network launched their #ForTheThrone campaign which showcases key characters going through different obstacles in their quest for the Iron Throne and to rule Westeros. HBO wanted to provide more for fans anxiously awaiting the final season and who revere the characters, scenery and themes of this drama.

Partnering with Walmart, HBO looked to create an unforgettable display with collectible products to promote the series and drive sales. With largerthan-life characters, this display required sizeable, creative structures that would need to be easily set up, shipped and assembled in store. HBO needed a supplier who could design and execute a unique, eye-catching structure while balancing a short timeline, multiple vendors, retail guidelines and budgets. They turned to Bay Cities to leverage our strong retail relationship and program management, while also being able to conceptualize, design create and packout an out-of-this-world display.

The project required two types of displays – a full 10-foot train and a full pallet. It also required a dragon, as the WOW element of the train, and a “A Song of Fire and Ice” element, which is what the book series is titled. After several brainstorming and sketching sessions, our Concept and Design Team created a 10-foot dragon with huge wings and a tail for the front of the train. The side panels were filled with fire and ice imagery as well as homes from the North (ice) and South (fire). The Design Team also ensured that the corrugated display would be light and easy to set up in store. The result was two structures with unbelievably real-looking graphics and unique, show-stopping designs that draw customer’s eyes to the display and products.

Halfway through the project the in-store date moved up from before the season premiere to mid-way through Season 8, giving us two weeks to execute and packout the display. With action figures, dolls, posters, apparel, collectibles, snack foods, DVDs, gift cards and subscription boxes all set for this train coming from multiple vendors, product arrival and testing was tightly managed and coordinated by us. Before displays were shipped to the distribution centers, ISTA lab-tests were performed to ensure the products and displays arrive safely and in pristine condition.
The

The Game of Thrones display hit over 2,000 stores, in time for the aftermath of “The Long Night” episode. Half of the stores showcased the full 10-foot train and the other half displayed the full pallet. This dragon train had a high double-digit percentage sell through in the first two weeks and products and displays became a hit on social media as it was the perfect photo opportunity!